A Rendezvous with Sumit Paul
Sumit’s core is in all things “West Africa”. A true adventurer at heart his fascination with this “Sahelian region” and it’s hospitable people has endured conflicts, wars, outbreaks and famines. In short he has mastered the dynamics of the ever changing socio-political scenario and perfected the art of “Just in time Management” to African settings. Much to the amazement and respect of everyone who knows him! 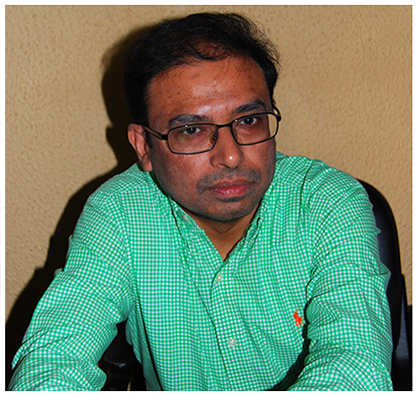 His taste for adventure has taken him across the length and breadth of an arid Sub-Saharan Africa; across rugged terrains, the Dogon escarpments, the mighty river Niger, Hippo infested waters, countless rudimentary villages. With every adventure his quest remains askance for more. His humorous and delightfully informative stories of this fascinating land and it’s people have inspired many to take the road “Into Africa” albeit the more sophisticated kind! Not quite in keeping with Sumit’s style of adventure ……
After all not many can muster the courage to pack their bags at a moments notice, get travel tickets booked while on the road and then go in search of food and accommodation upon arrival. As can be fathomed the availability of food and accommodation in these remote terrains is just a matter of chance, the internet off course being non-existent!
It was in the year 1995-1996 that Sumit’s passion for his work took him into the hitherto unchartered West African countries, deep into the Sahelian region. He vividly recalls of having travelled a total of 200,000 kilometers and literally slept whilst on the road! This dedication however gave him an in-depth insight into the potential of the Sub-Saharan countries, it’s agricultural commodities and helped form long lasting relationships with local communities. A period in which his Anglophone communication skills was at complete odds in a Francophone setting!
His post-graduate studies in Agri-Business management along with local knowledge gained during his journey’s in the countryside enabled him to transfer hands on knowledge to the local communities. Sumit’s easy-going nature, encyclopedic knowledge and “never-say-die” attitude of perseverance against all odds has always been his trademark; helping him to form lasting bonds and drawing people from all walks of life to come to him for a word of “counsel”. 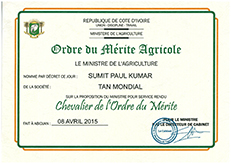 Sumit is of the belief that community development is imperative to the business. It is best achieved and sustained through empowering people. He has incorporated Sustainability into TANMONDIAL’s structure whether it is working with only Women’s co-operative in Sheanut, or logging for “Plantation Teak” despite greater costs and additional lead time or insisting on sourcing only Sustainable Rainforest Alliance Cocoa. He believes that we each have a duty to do our share and pass on the bounties of nature and it’s forests to the next generation; a dogma that is followed by his team of 200 personnel spanning diverse cultures and continents.Sumit’s journey thus far has been one of toil and sweat but it also has been a long and meaningful one. He shares the ethos of an old African proverb “ If you want to go fast, go alone, but if you want to go far, go together “ and as such he is always mindful of the need to bridge the gap between profit-making and community giving irrespective of regional boundaries. Since, his move to the company headquarters in Singapore he has further expanded his skills and continues to focus on the potential of vibrant and dynamic Asian markets in Vietnam and India. And so his journey continues …..